Why Mother Languages And Bilingualism Should Be Taught In Early Childhood

Why Mother Languages And Bilingualism Should Be Taught In Early Childhood

On the 21st February, the world celebrated International Mother Language Day. Spearheaded by UNESCO in 1999, the day is aimed at highlighting and celebrating linguistic and cultural diversity and nurturing a sensitivity towards other cultures.

Sensitivity and appreciation towards diversity is especially important in Australia today. According to the 2016 Census, 49% of Australians call themselves ‘first generation’ Australians; that is, they are the children of parents born overseas. Meanwhile, 21% of Australians surveyed spoke a language other than English at home.

In line with these statistics, it stands to reason that many young children in Australia are bilingual, a skill which is incredibly beneficial.

Why Should We Encourage Bilingualism?

For many years, parents and educators were hesitant about introducing young children to multiple languages at early ages, fearing that it would confuse them and hinder language acquisition. However, there’s been a plethora of recent research which suggests just the opposite; learning multiple languages enhances children’s cognitive development and cultural sensitivity.

For instance, researchers at the University of Washington led by Naja Ramirez looked at the brain activity of babies exposed to two languages and compared them to babies who were exposed to only one language. They found that ‘bilingual babies’ had more activity in their prefrontal and orbitofrontal cortex, areas of the brain which are related to executive functioning. 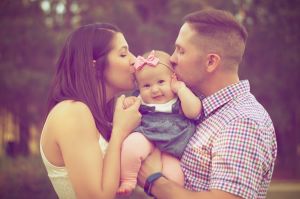 In early childhood and later life, executive functioning aids working memory, self-control and mental flexibility. It plays a role in organisation skills, making positive health choices controlling distractions, adapting to new situations and ideas and being empathetic towards others’ emotions. This is especially important in enhancing cultural and community sensitivity.

For third culture children in Australia, bilingualism is especially important in helping them form secure identity. While learning and speaking fluent English will help them connect to their peers and educators, having a strong foundation in their native language will help them build strong relationships with their families and generate an interest in their culture and heritage.

Even for native English speakers, learning a new language in early childhood inspires an interest in other cultures and promotes tolerance at an early age.

Aurora Early Education has embraced the chance to introduce our learners to new languages. As well as focusing on Early Literacy skills in English, we have regular Mandarin sessions across our studios where special educators from LCF use songs, dances and stories to teach the children Mandarin vocabulary.

Learning Mandarin has inspired an interest in Chinese culture; last week, Aurora was alight with Chinese New Year celebrations which highlighted the importance and significance of Chinese New Year. 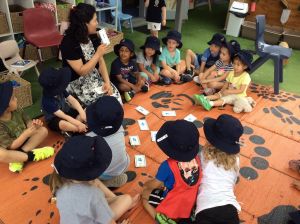 As well as Mandarin, we encourage an active interest in new language through Early Learning Languages Australia, which uses games on apps called ‘The Polygots’ to teach languages in a fun, interactive way.

So, while International Mother Languages Day comes around once a year, it’s important to ensure languages are an integral part of a child’s life all through the year.