I​n Moonglade Studio this week, the educators and children have been discussing ANZAC Day.

​The children had many questions during the discussion regarding the celebration of A​NZAC​ Day​ and why it was a holiday. It is important to be truthful when having conversations with the children, so the educators explained that we are very lucky to live in a safe and happy country called Australia​. A long time ago some people had a fight to make sure that we could stay in our country and that we could all live together safely and be happy. On ANZAC Day each year we remember all the people who may have been hurt during the big fight called a war. We are thankful to have a beautiful place to call home and that there is no need for anybody to fight any more for us to live here all together. 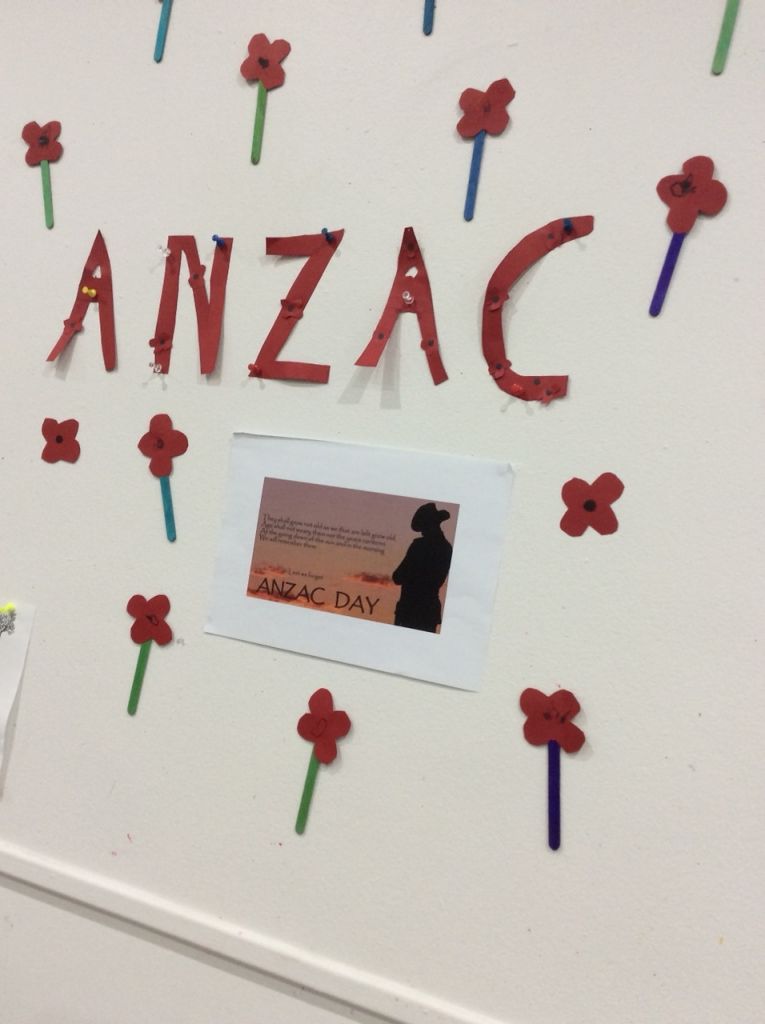 ​The educators also discussed ​what the acronym ‘ANZAC’ st​ands​ for ​and why the date was important.​

The educators read a book called ‘​A​NZAC​ Ted​’​ which is a story about the A​NZAC​ spirit and how, through courage, loyalty and love, a child’s teddy bear helped to bring our soldiers home. Written by Belinda Landsberry. educators explored this book with the children to develop their understanding of ​the importance of ​A​NZAC​ ​D​ay.

​Throughout the week children used various materials to make poppies​; the red flowers called ​p​oppies show others that you are remembering those who fought for their country. ​The educators also decided to make purple poppies​;​The purple poppies are to honour the animals that went to war with the soldiers; this will work in well with our pet week project.

During World War I​,​ the wives, mothers and girlfriends of the Australian soldiers were concerned for the nutritional value of food being supplied to the troops. Due to the transport of food traveling across the sea by boat the biscuits needed to be made with ingredients that would not go off quickly and remain edible for at least two months. That is when the A​NZAC​ Biscuit was invented. ​Educator ​Despina ​decided to ​ma​k​e  A​NZAC​ biscuits with the children developing their ​numeracy, science and cooking ​ski​lls.​ The children were then able to take some cookies home to share with their families. 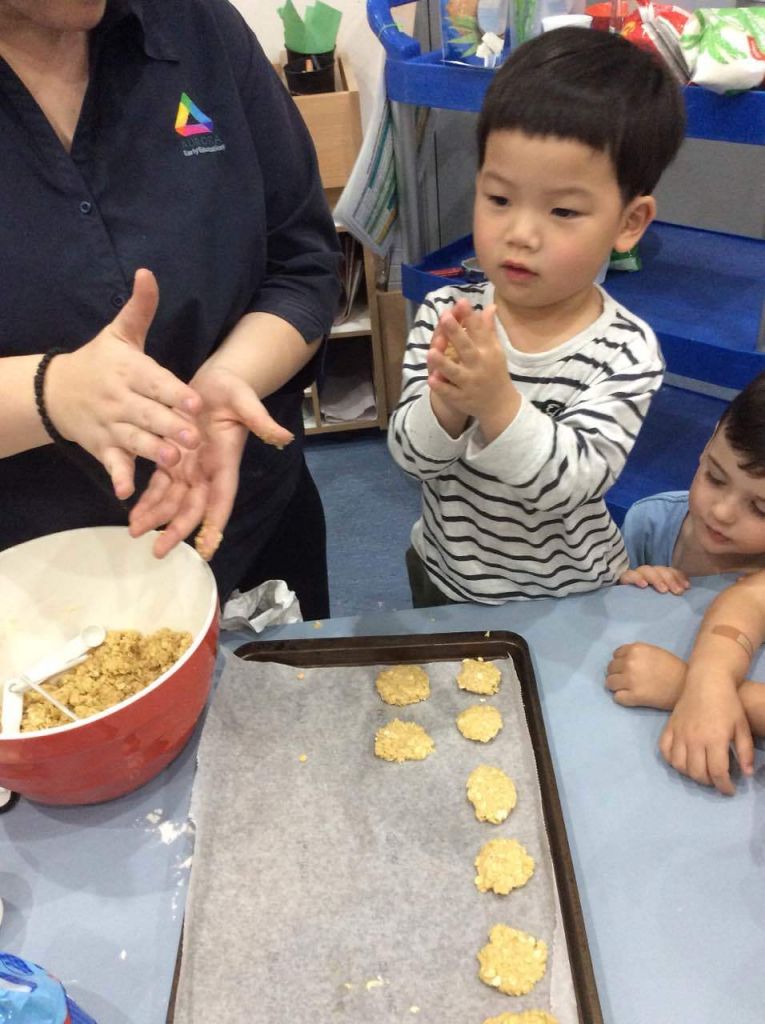 ​In Willow Walk, there was much discussion about ​A​NZAC​ Day and the contribution and help of our Australian soldiers in the war.

We read the book ‘ ​S​tor​ies​ of the First World War​’ which has stories told by 12 different children about their experiences of war​. ​The children asked questions about some words from the book ​such as ​“what is ​a ​war​?​ ​What are ​soldier​s?​ How did people get injured? What is a troop or army?” The educators answered all the questions and it led to a valuable and insightful discussion with some children recognising that they had family members that were in the war or they had seen medals that were earned in the war. 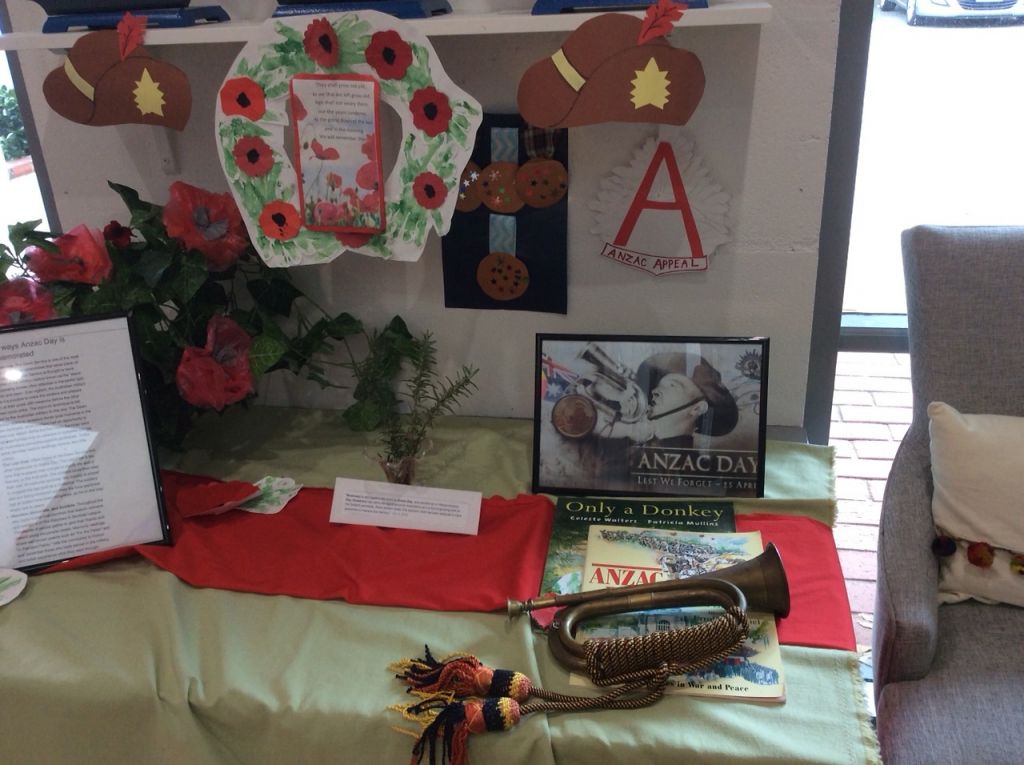 Some children also said they went to a special service on ANZAC Day where they heard people talk about the war and they heard a bugle playing a song, which led to more discussion of course…

We also ​looked at​ different uniforms of soldiers from different countries in the book​ and children talked about what sorts of uniform people in the Australian Defence Force wear today​.

After morning tea we had a cooking experience. We made A​NZAC​ Day biscuits. All the children showed their excitement and we all had a turn to mix the ingredients and ma​k​e little biscuits​ to take home to share with our families.​ 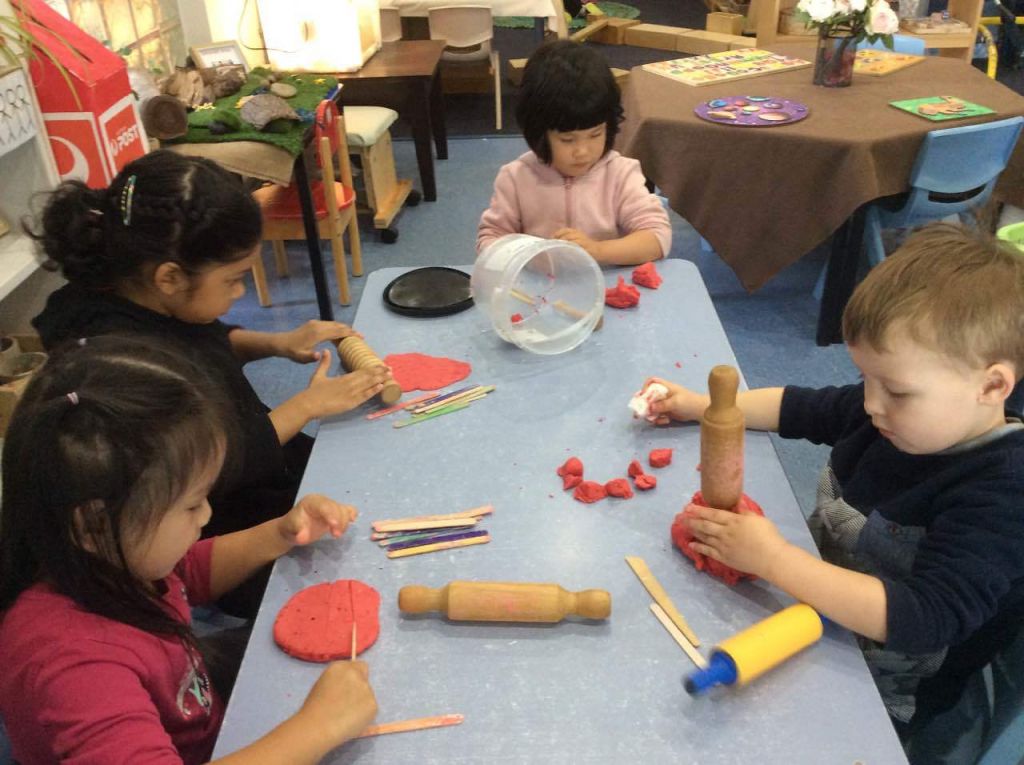 To ​recognise​ A​NZAC​ Day children ​also ​made popp​ies out of ​paper plates​ and play dough​. They painted the paper plates with red ​paint​ and pasted black paper cut​ outs​ in the middle.

EYLF Outcome 1: Children have a strong sense of identity

EYLF Outcome 2: Children are connected with and contribute to their world