What Does Speech Development in Early Childhood Look Like?

What Does Speech Development in Early Childhood Look Like?

Even the world’s finest orators, from Mandela to Churchill to Gandhi, started their careers with a few humble words in their repertoire. As they progressed through childhood, they rapidly added new vocabulary and speech patterns to their arsenal, eventually developing into skilled speakers.

Indeed, many children’s speech development in early childhood progresses in a similar way. Children begin with listening closely to the world around them and communicating in response. Then they mimic sounds and begin forming words. Soon, before we know it, they are having extensive conversations (or monologues) with their pets and filling our days with countless questions; “Where does the sun go at night?” “What are birds singing about?” “Where do thoughts come from?” 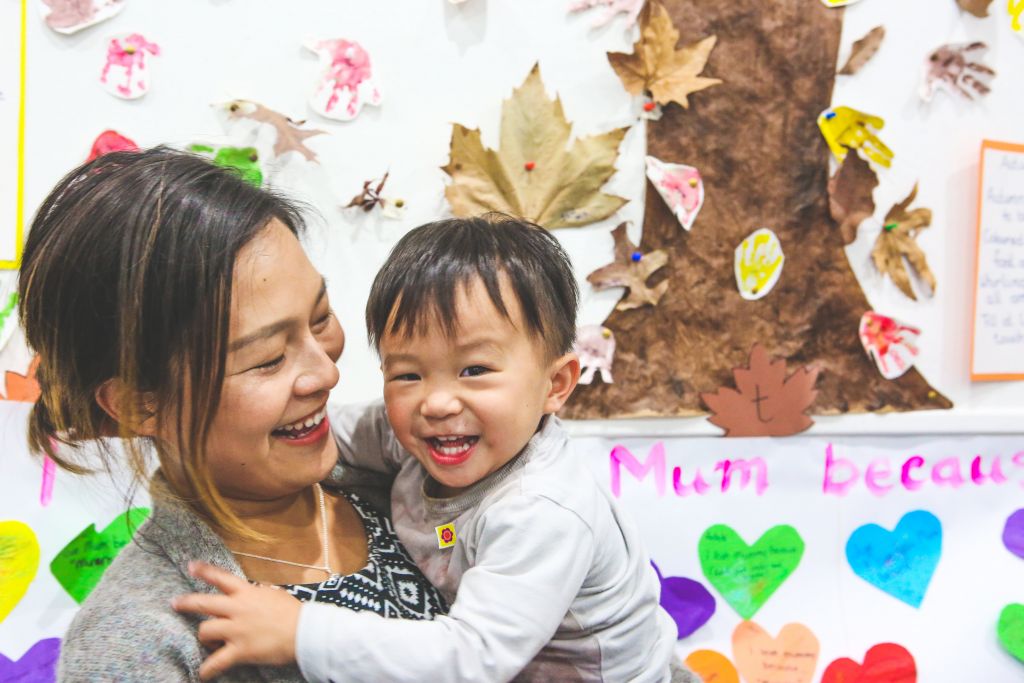 We’re lucky to have several little orators-to-be to be coming into our service each day and have used some of our conversations with them* to illustrate just how speech develops in early childhood.

When she was nine months old, Lina* made a friend in our Seamist Studio. She crawled determinedly towards baby Anna* who was playing with a rattle and pointed at the rattle near her. An educator gave her the rattle and both babies began to shake the rattles and babble at each other. Halfway through their performance, they both started laughing and waving at each other.

The Pedagogy: As early as 3-4 months, babies begin to express themselves and communicate, using vowels and consonants together in seemingly random patterns. They also repeat simple sounds like ‘ba’ and ‘ga’ and practice using their vocal equipment, so that by 5-7 months, they are making longer sounds, even varying their pitch and rhythm to mix things up!

By 9 months, babies like Lina and Anna are comfortable making extended babbling noises; almost like sentences. This phase is called the ‘jargon’ phase as babies are beginning to communicate with purpose, albeit in their own language. A baby may even begin to say ‘mama’ or ‘dada’ at this phase without fully understanding what the words mean.

It was a sunny December morning and Stevie’s* mother had just shut the door of the Seamist Studio gently behind her. Stevie, safe in the arms of the educator stared at the door looking a little puzzled and said “Mama??”

The educator replied “Yes, Stevie, Mama has gone, but she will be back later to take you home! Do you want to look at a story book?”

Stevie nodded and began flipping pages in a board book. She then pointed to another story book and the educator asked her whether she would like to read another story.

The Pedagogy:  Between 12-18 months children are displaying conscious communication through gestures and a few words strung together meaningfully. Children may respond to questions with a nod, shake or even a yes and no and even make small attempts at forming questions of their own. 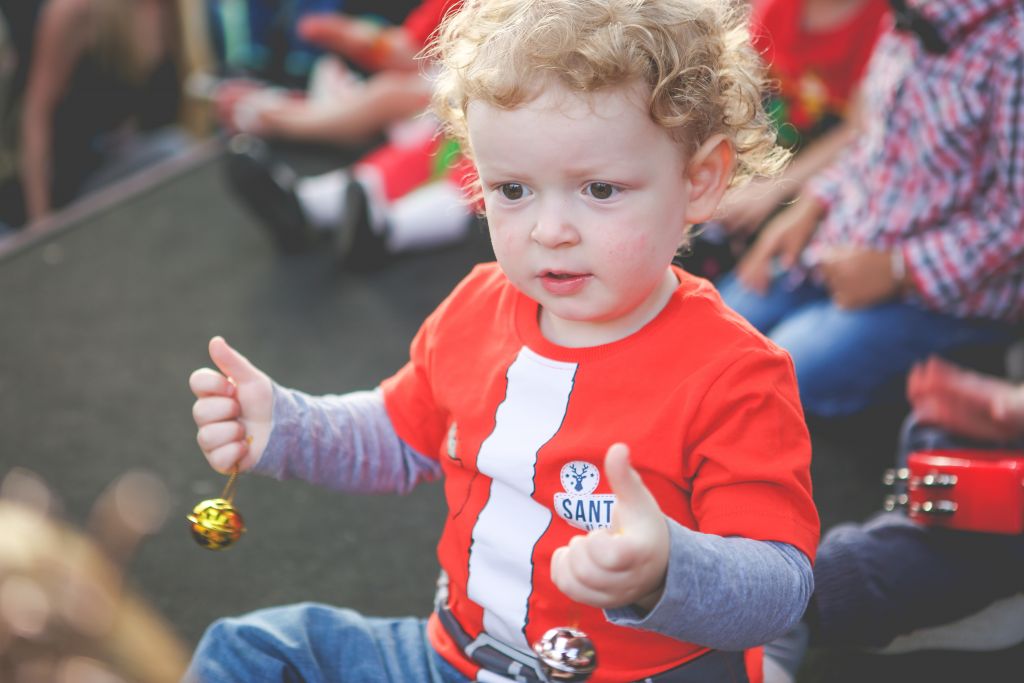 At this time, parents and caregivers can help expand their children’s vocabulary and understanding of structure by forming full sentences in response to their words and by following up on their interests. For instance; if your child is fascinated by an apple, say simple sentences like “This apple is red. Do you like apples?”

Children become sensitive to instructions and the words ‘yes’ and ‘no’; even if they don’t follow them! Caregivers should be mindful about when they are using the word ‘no’ and try to restrict it only to safety related instructions.

After coming in from their Christmas and New Year’s holidays, our children have been especially chatty. A few days ago, they had a fun morning tea where they were engaged in conversations. Here’s an excerpt:

The Pedagogy: The three children who are just a couple of months apart beautifully displayed the rapid changes that toddlers go through. At eighteen months, a child’s vocabulary is expanding and they will be able to better communicate by using a word plus a modifier such as ‘big’, ‘want’ and ‘how’. They’ll ask more questions and begin pointing to the world around them, demanding names for many things they see. They may begin to string two words together to form short, inquisitive questions.

2- 3 years: The Foundations of Grammar

Another conversation at the morning tea table, this time between our older Seamist children:

The Pedagogy: As they quickly expand their vocabulary, by the time children touch two they’ll have a collection of verbs, nouns and adjectives which they put together into rough sentences. Children between 2-3 become more comfortable using verbs, adjectives and add pronouns and location words to their vocabulary. By the time a child is three years old, they may have a volcabilty of 300 words!

As a toddler’s sense of identity also becomes stronger during this period, they learn their first and last name and use them more often.

Children at this age begin to enjoy having short conversations and telling short stories with encouragement. Encourage your child to tell stories by asking questions; “What did you do today?” “Did you have a good lunch?” “What did Daddy cook?” “Did you help?”

Telling short stories, rhymes and singing simple songs is a great way to encourage your little one to become more confident with his or her voice. 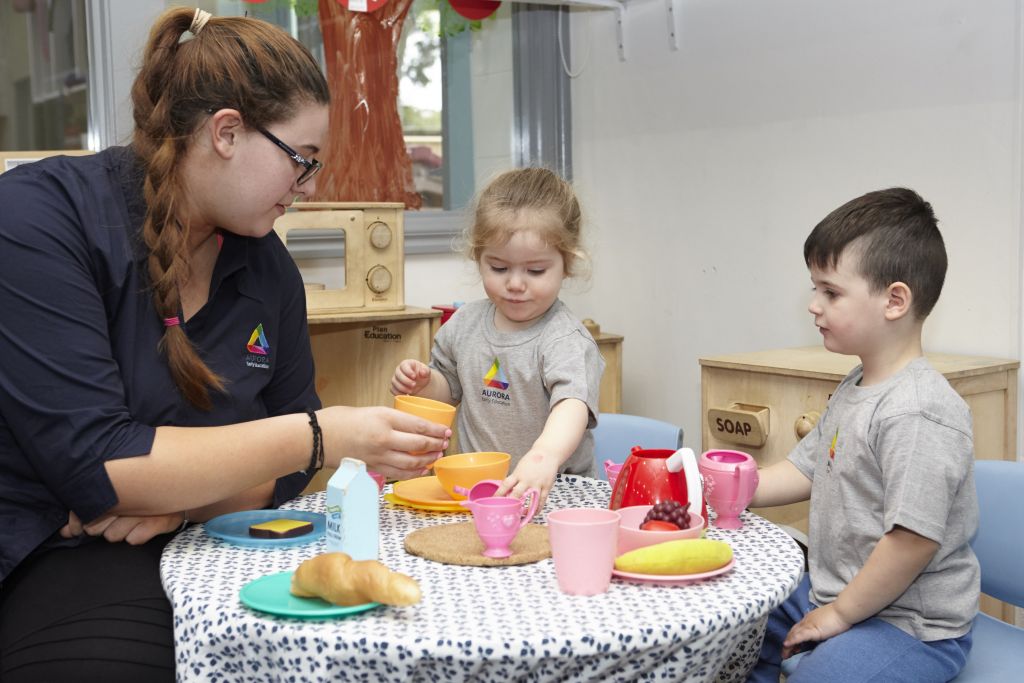 On a sunny day, children from the Moonglade studio and Willow Walk Kindergarten were enjoying some time outdoors where the educators had set up a sensory tub with different objects inside. Two children spent a while with their hands in the tub, describing what they could feel.

Amanda, “Yucky! Something slimy. It’s lizard!”
John replied, “No not lizard, it’s a frog, it’s wet.”
Amanda said, “Maybe it wants it’s Mummy. You sleep frog, mummy will come.”
John discovered something else in the tub and shouted, “It’s a snake! It has spikes!”
Amanda giggled and said, “The snake is swimming  in the water. It’s raining and pouring!”

John said, “Maybe it needs a boat! We’ll find a boat for him.”

The Pedagogy: Between the ages of 3-5 children’s vocabulary is rapidly expanding and we find that many of our children are delighted with their ability to communicate and are intrigued by the world around them, leading to sometimes hilarious but always endearing conversations. By listening closely to conversations around them, children are able to construct more complex sentences using conjunctions like ‘because’ and conditionals like ‘and’. They are also able to understand concepts such as grouping, plurals and  more complex emotions like ‘excited’ and ‘delighted’, an important aspect of speech development in early childhood.

Engage in creative storytelling with your children at this stage; they’ll be only too happy to have extended conversations about their days as well as about stories they imagine up. Transitions may not make complete sense; “It’s a frog, it’s wet.” “Maybe it wants it’s Mummy.” but children will be happy to go into background information; “My Mummy helps me dry up after a bath.”

Wanting to role play with parents is also a normal aspect of speech development in early childhood; they’ll pretend to be a Mummy and adopt an appropriate tone or act like a shopkeeper or policeman, using appropriate vocabulary. 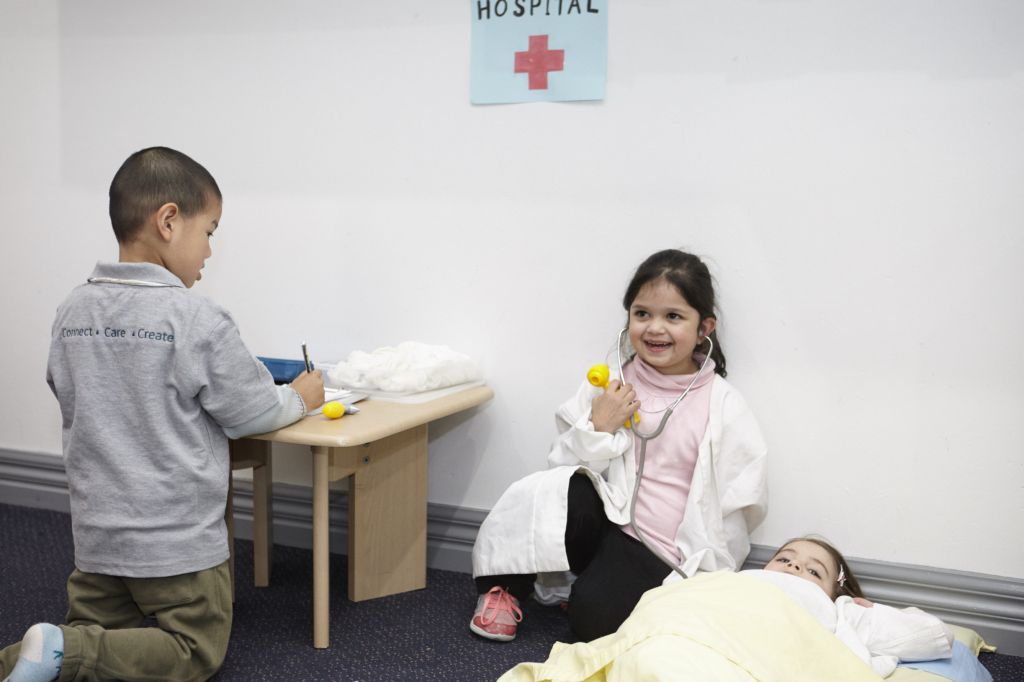 Between 5-8 a child’s vocabulary will keep expanding and by the time they are eight they will be able to hold sustained, focused conversations with adults. Continuing to initiate and encourage conversations, stories and play scenarios will improve your child’s confidence and their oratory prowess.

For more resources on speech development in early childhood click on over to:

NOTE: *All names of educators and children have been changed.