In June we selected our new CAB members for the year! There are representatives from each room who are given the opportunity to play a role in decisions made at Aurora. These include items on our many, resources that are purchased, displays around the centre, activities available and other incidental things that require feedback or a discussion. 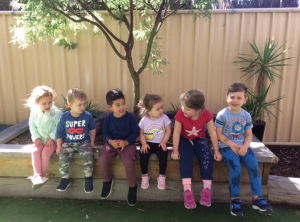 This month, our CAB assembled for a meeting to discuss our new guinea pigs and decide what to name them. We talked about which pets we had at home and what they are called. We also discussed different movies which had animals in them. After a discussion for inspiration, we had a couple of names being seriously considered; Chase, Dumbo, Lightning McQueen, Maximus, Buzz, Coffee, Doggy and Woody. 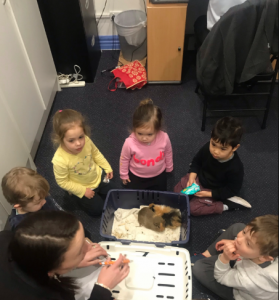 We then took the guinea pigs around the rooms to meet everyone and the CAB members were delighted to introduce them to all their friends.

It is important that the children in our care are given a voice and advocated for when important decisions are made; especially decisions that often directly affect them! We are always promoting children’s sense of agency (which means allowing children to make choices and decisions to influence events and their environment.)