Aurora Connect: How Do We Explain Australia Day To Our Children?

Aurora Connect: How Do We Explain Australia Day To Our Children?

Australia Day is just around the corner and it’s important that we take a moment to reflect on what the day means and how we communicate its meaning to our children.

For years, Australia Day was a national holiday, welcomed by most, marked by fireworks, festivities and delicious BBQs. However, in the recent years as tolerance, sensitivity and awareness grow in our collective conscience, we find it important to recognise that Australia has a chequered history.

Indeed, some call Australia Day, ‘Invasion Day’, while others call it ‘Survival Day’ which commemorates the loss of Aboriginal and Torres Strait Islander peoples’ lands, families and cultures, but also celebrates the ongoing histories, cultures and traditions of the peoples. Amongst these conflicting views and ideas, many parents wonder; ‘What should I tell my children?’ School going children will learn about Australia Day and its history, but younger children may also ask why we have a holiday or what Australia Day means. How do we explain its complex history in an age-appropriate way?

At Aurora, we strive to explain Australia Day by focusing on tolerance, sensitivity and truthfulness.

As many Australians know, on January 26th, 1788, a fleet of ships commanded by Captain Arthur Phillip docked at Sydney. These ships were carrying prisoners from England; however it’s important to tell children that many of the passengers were not all hardened criminals, but rather many had been expelled because of politics or because they were from the poor classes and owed money. Australia was a land rich with resources; food, water and land and was able to give many of the travellers a second chance at life. 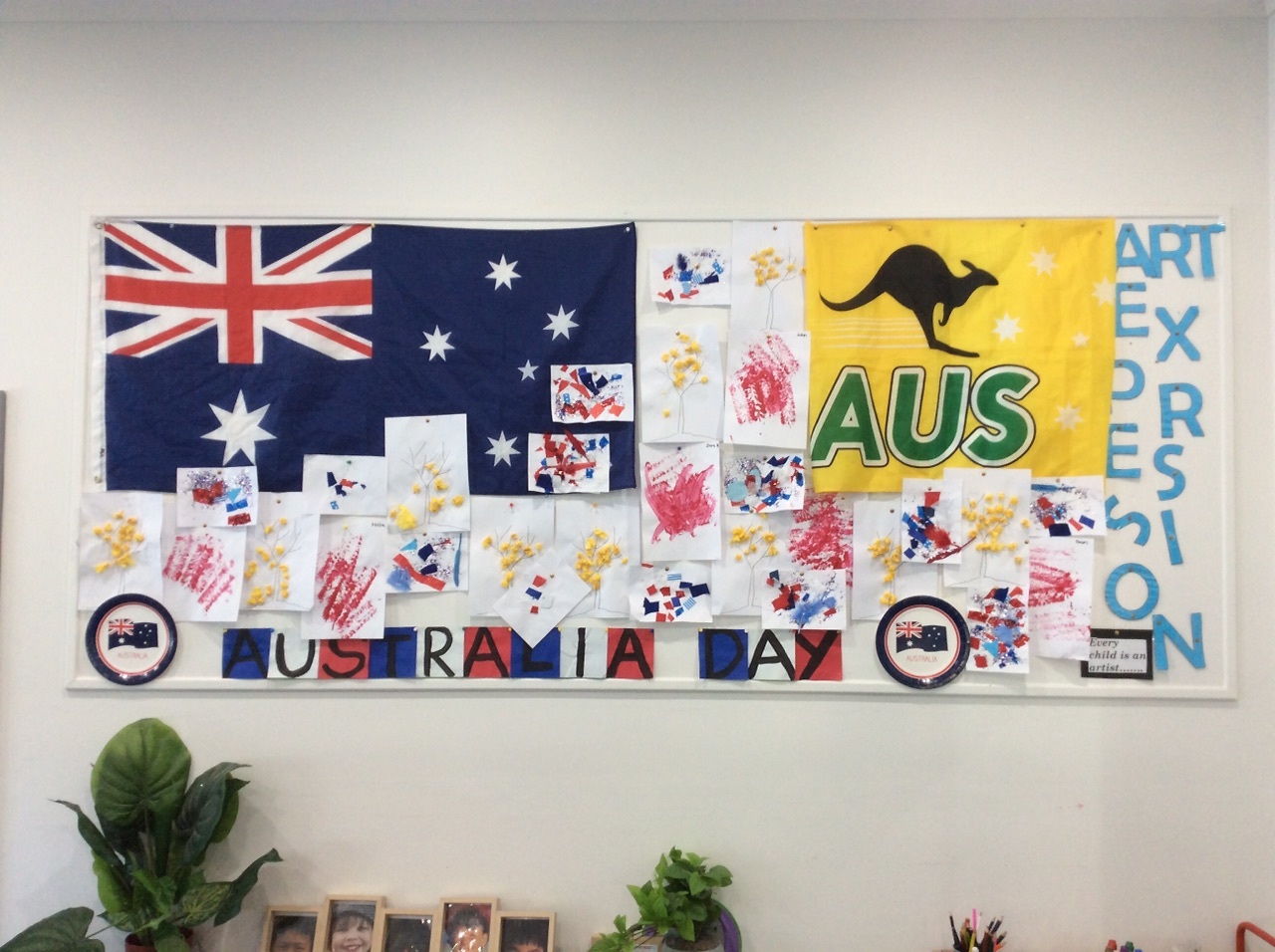 While explaining how Australia was a ‘lucky’ country for immigrants, we also need to parallely explain that, more than 60,000 years before the ships arrived at Sydney, there were already people living across Australia; the Indigenous and Torres Strait Islanders. Pausing to acknowledge the traditional owners of the land and paying respect to the Elders; past and present will imbibe your child with a sense of respect. Discuss their histories and ways of life and engage in open ended discussions about where they lived, what they ate and what their children’s lives looked like. 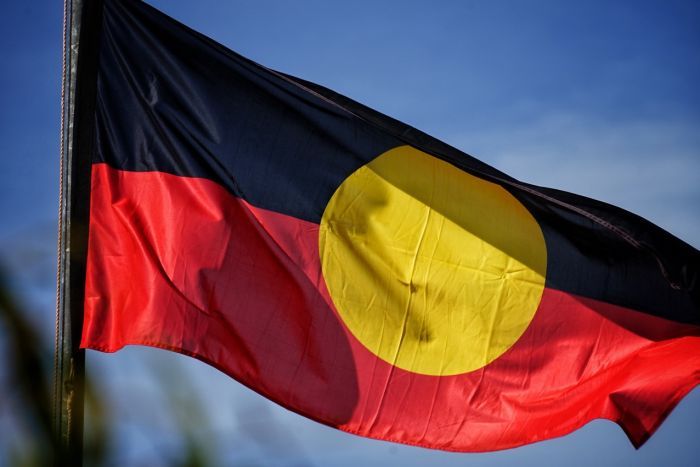 Ask children about how the traditional owners of the land may have felt when they began to meet the travellers; Children’s answers are often very perceptive and you can use their answers to lead an open ended discussion about how they may see the 26th of January differently.

End your story by asking your children how they think Australia has changed since Captain Arthur Phillip docked at Sydney; discuss together Australia has developed and is home to so many people from around the world and about trademark Aussie traits such as friendliness, kindness and generosity.

By beginning to have these conversations early, we lay the foundation for awareness about the complex issues that surround Australia Day. Reconciliation Australia co-chair Professor Tom Calma comments, ““We support any actions that will raise awareness and discussion amongst the community to look at what this day means on the 26th of January to a whole range of people.”

Talking to our children will also help them develop empathy, respect and tolerance; important attributes for the next generation to build a more unified Australia.

Children learn through hands-on experiences and after your discussion, it’s very likely that your child will be interested in engaging in activities inspired by Australia Day. Guide your children to make the Australian flag as well as the Aboriginal and the Torres Strait Islander flags using a variety of tools such as paint, crayons glitter and even sand and pebbles or show them how to do traditional dot art. Read books together about indigenous Australian animals, plants and Australian foods including bush tucker. 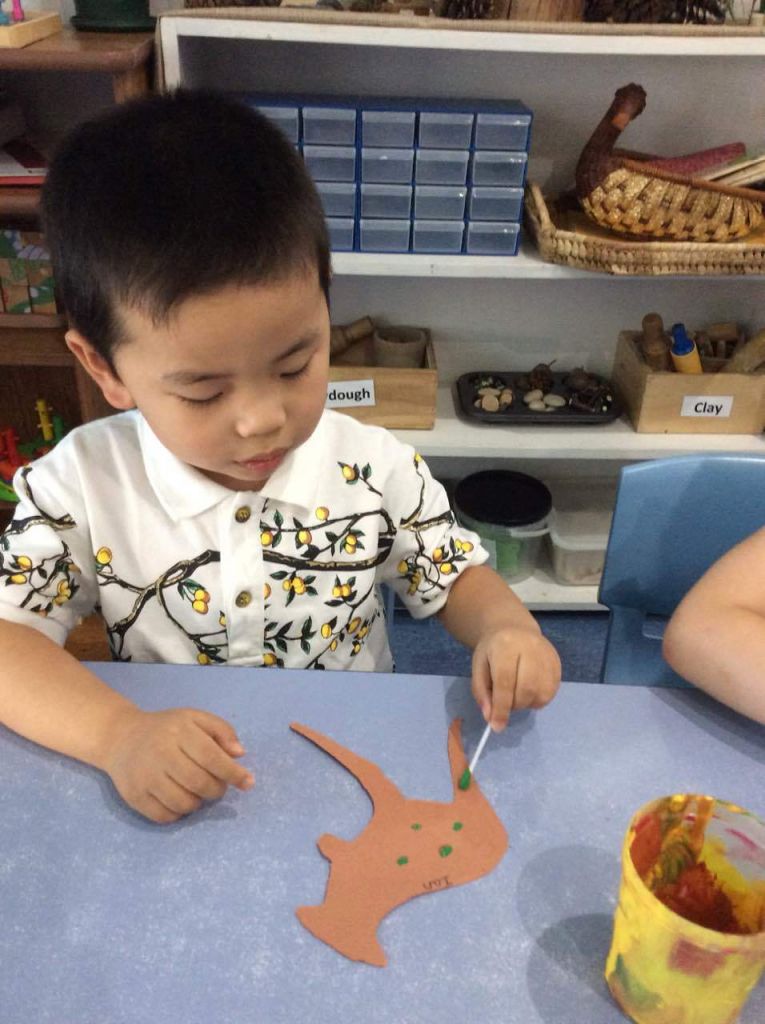 Excursions are a wonderful way to give young children visual experiences of history; take them to the Bunjilika Melbourne Museum to give them an insight into the first people and the Children’s Gallery at the Melbourne Museum where they can explore culturally significant objects and experiences.

Activities and excursions will go a long way in strengthening children’s ideas of what it means to be Australian and will give them a deeper understanding of our vast culture.

We’d all like to shield our children from the injustices of the world, but we cannot deny that they have happened; as they grow older they will come to understand the complexities and depth behind Australia Day. When the are in their early years, however, it is our responsibility to show them how to acknowledge and celebrate diversity, empathy and tolerance. It’s also important to encourage them to say “thank you”; to the traditional owners of the land who share their land with us and for the chance to live and thrive in this beautiful, sunburnt country.